Cymric at a Glance

Cymric at a Glance 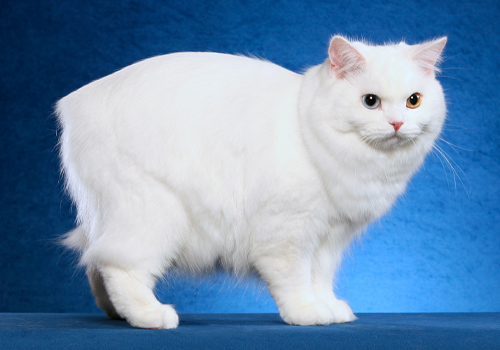 The Manx and Cymric comprise the Manx breed group. They differ only in coat length, with the Cymric having longhair. Known for their lack of a tail and roundness they have been known to resemble a bowling ball. These even-tempered cats have a lot of affection to share and may not do well if left alone for long periods of time. Adaptable by nature, they are a good choice for families with children and get along with other pets. They are low maintenance cats that most often require just weekly combing, but may need more during the shed seasons. Find out more about this breed and if the Cymric is right for you and your family.

About the Cymric Breed

These even-tempered, calm cats have a lot of affection to share and prefer not be on their own for long periods of time, yet are trustworthy while folks are at work. The friendly, loving Cymric is best known for his taillessness and have been known to carry on a conversation in a sweet trilling voice. They generally will bond most closely with the person who feeds them yet are great family cats. They are able to entertain themselves, are trustworthy if left alone for work hours, and so happy when family returns.

Some Cymric cats give all their love to a single person while others are affectionate toward the entire family, including children.

Cymrics are not necessarily the most active of breeds, but do enjoy chasing teasers (stick style toys with something furry or shiny on the end) and will certainly play with catnip toys, and other cats. Laser pointers are a real bonus, but keep them off the drapery and other people. You definitely want to keep them engaged everyday. Be sure to play in the evening so you all sleep at night. Their powerful hindquarters also make them excellent at leaping. Given that ability, most mature Cymrics are floor models.

Keep your Cymric away from laundry machines and motion furniture, as they can be considered major dangers in the home. Sewing materials such as knitting needles, thread, and yarn should also be stored out of reach. 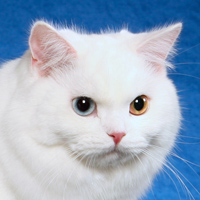 Grooming
It is always ideal to comb cats regularly starting as a kitten. Be sure eyes, nose, and ears are clear and clean. Clean with a warm damp cloth, if needed. Start young with bathing, however many cats never really need a bath.

Start nail trims early, with a suggested treat of baby food meat, to help them accept it. Be sure to not clip them too short and ‘quick’ the nail and cause it to bleed. Brush their teeth regularly with a vet-approved pet toothpaste and provide a nice tall scratching pole to help their natural scratching instinct.

Cymric cats are best fed wet meals. Twice, daily meals are preferable, although some may only want to eat once a day. Meal feeding also keeps you aware of their health, if someone does not show for a meal, you know to go looking. These obligate carnivores should be fed a meat-based diet, grain free and veg free, too. They really have no way to use those foods, given the short gut and gut flora they have, which can cause gut issues and even excessive dental tartar. Your longhair cats may need a laxative product to help with hairballs.

Their desert origins have made them get most of their liquid from their prey. The mouth is not adapted for taking in water well enough to counter a dry diet. The brain is not “hard-wired” to even drink often, however, as with all cats, it is important to give your cat fresh, clean water daily so cats don’t hesitate to drink. If you worry about your cat drinking enough water each day, here's a tip from cat behaviorists - place the water bowl at least three feet away from any food. Cats’ noses are sensitive and an overwhelming smell of food may cause them to drink less. Filtered drinking fountains can also be used in place of a water bowl.

Cymric cats are considered an overall healthy breed. However, the gene that can make these cats tailless can also create some health issues, however, responsible breeders typically identify and address that in kittenhood, before placement.

Several colorful tales surround the origin of the Manx including the one where Noah cut off its tail as he closed the Ark door as the rain began. The records show the breed originated on the Isle of Man. The first cats may have come from nearby England and Wales or they may have come from further afield, however, the initial population arrived by ship on the Manx shores. At some point, a mutation occurred so kittens were born without the vertebrae of a normal tail. The first picture of one appears in a painting from 1810 however linguistic evidence suggests an earlier date around 1750 as the English word 'stubbin' is used for the Manx whereas prior to 1750 only the Manx language was used. A small island, the Isle of Man is an isolated area so inbreeding of the island population resulted in the lack of a tail becoming a common trait. Manx were among the original breeds at the dawn of the cat fancy in the late 1800s as we find them in the show records from that era. Tailless longhairs also appeared on the Isle of Man, however, they did not achieve mainstream recognition until later. Today, the longhair is known as the Cymric with an identical standard to the Manx.

TICA recognized both the Cymric and the Manx for championship competition in June 1979.

Similar Breeds:
The Japanese Bobtail, Kurilian Bobtail, American Bobtail and Pixiebob, are all similar breeds due to their shortened tails. However, all of these breeds differ considerably in body type and earset. Breeds similar in body and head type are the Persian breed group and American and British Shorthairs.

Opposite Breeds:
Maine Coon, Ragdoll and the Siamese/Oriental breed group are easy examples.

The overall appearance should be that of a medium-sized, compact, muscular cat. The Manx and Cymric have a round head with a firm muzzle and prominent cheeks, short front legs, height of hindquarters, great depth of flank, and a short back which forms a smooth continuous arch from the shoulders to the round rump. Manx and Cymric are slow in maturing and allowance should be made for young cats in judging depth of flank, stud jowls in the male, and overall lack of maturity. The Manx and Cymric should appear tailless. There is no penalty for a rise of bone or cartilage which does not stop the judges hand when the palm is stroked down the back and over the rump. The rump of the Manx and Cymric is felt with the palm of the hand ONLY. The flank should have greater depth than any other breed, adding much to the short, cobby appearance.