American Wirehair at a Glance

American Wirehair at a Glance 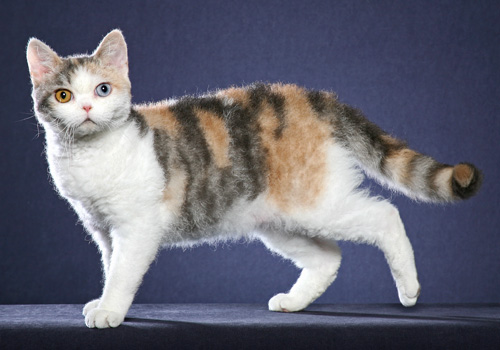 About the American Wirehair

Loyal and loving by nature, American Wirehairs are very people-oriented and love being with their families. They thrive on human companionship and participating in a busy household. But be advised, they are smart and curious enough to get into something.

Activity Level: American Wirehairs are easy to train and like to be active and play fetch, but they are happiest when cuddling with their families. They make great family pets and are good with young children, other pets, people living on their own, the elderly and disabled. 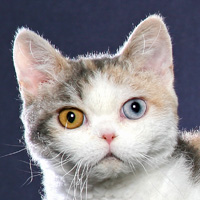 Grooming
With the American Wirehair coat, the less grooming the better. Brushing or combing can damage it, so resist unless they are shedding heavily.

As with all cats, keep their nails trimmed and teeth brushed regularly with a vet-approved pet toothpaste and provide a nice tall scratching pole to help their natural scratching instinct.

A small portion of wet food is good once daily for American Wirehairs. They like to have a variety of food. A bowl of dry food can be left out as they like to eat a little at a time. Food can depend on their activity level and whether they are fully mature. A few treats can be offered and are preferred over table scraps.

The American Wirehair is not known to be prone to any genetic or hereditary illnesses, however it is advised to schedule regular visits to the veterinarian.

The first American Wirehair was found in a litter of 6 kittens born on Council Rock Farm in Verona, New York. The kitten was a red-and-white male with a sparse, wiry coat-every hair, including his whiskers, was crimped and springy. His parents, Bootsie and Fluffy, were normal-coated domestic shorthairs who lived on the farm owned by Nathan Mosher. Local cat breeder Joan O'Shea saw the kitten and, recognizing him as unique, was able to acquire him. She named him Council Rock Farm Adam of Hi-Fi. He was bred to a female belonging to O'Shea's neighbor and produced kittens with a wiry coat. The female had also come from Mosher's farm so could have carried the wirehair gene. A second breeding to an unrelated female also produced wire-haired kittens thereby establishing it as a dominant gene. O'Shea sent hair samples for analysis to noted British cat geneticists A.G. Searle and Roy Robinson. Robinson replied to her that the samples of Adam's hair showed the coat was unique and not related to the Cornish or Devon Rexes. All three hair types (down, awn and guard) were twisted and the awn hairs were also hooked at the tip. The cat was closest in type to the American Shorthair and this was the breed used to develop the American Wirehair. Today the only difference between the two breeds is the coat.

The American Shorthair and American Wirehair are medium-to-large in size. The body should be well-knit and powerful with well-developed chest and hindquarters, especially in the males. Females are of proportionally smaller size and allowance must be made. The head is broad, with cheeks especially well-developed in studs. The nose and face are medium-short, with eyes and ears set wide apart. The muzzle should present a squarish aspect, but should not be foreshortened.