Early on, about 90% of the kittens were born bald and then developed a curly coat in 3-4 months. Kittens that were born with straight hair stayed straight. Then came a straight-coated red point male kitten named Snow Fire who changed the rules. As his bald littermates grew curly coats, Snow Fire shed his straight coat until it became very sparse. This had never happened to any straight-coated kitten before. When Snow Fire's coat started to re-grow, it came in curly like his littermates-even his whiskers curled. Since then, some straight-coated LaPerms bred to domestics have occasionally produced curly coated offspring. TICA granted the LaPerm NBC status in 1995 and Championship status in February 2003. 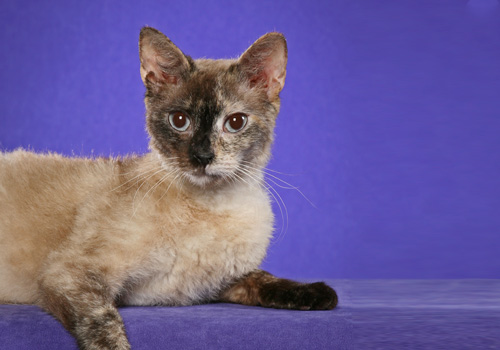