Maine Coons at a Glance 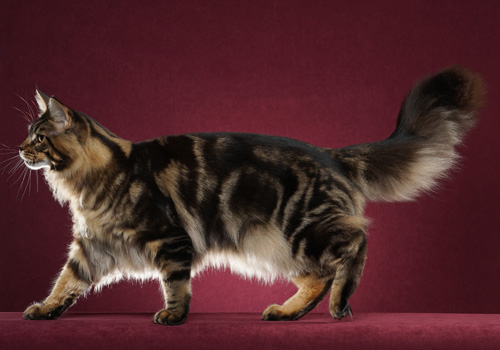 About the Maine Coon

The Maine Coon is a beautiful and loving cat that you will treasure having in your life.
Social by nature, they make excellent companions for large, active families of all ages that also enjoy having dogs and other animals, including other cats. Despite their size, Maine coons are among the gentlest of cats and tend to follow their people room-to-room as constant companions, if not always lap cats. While sometimes mischievous, Maine Coon antics are good-natured and easily forgiven by adoring owners.

Kittens are of course, more active than their adult counterparts, but if encouraged, most Maine Coons remain playful their whole lives. Interactive toys can provide both exercise and bonding time, while many play fetch, walk on a leash, and entertain their family by following simple commands (for a reward, of course!) 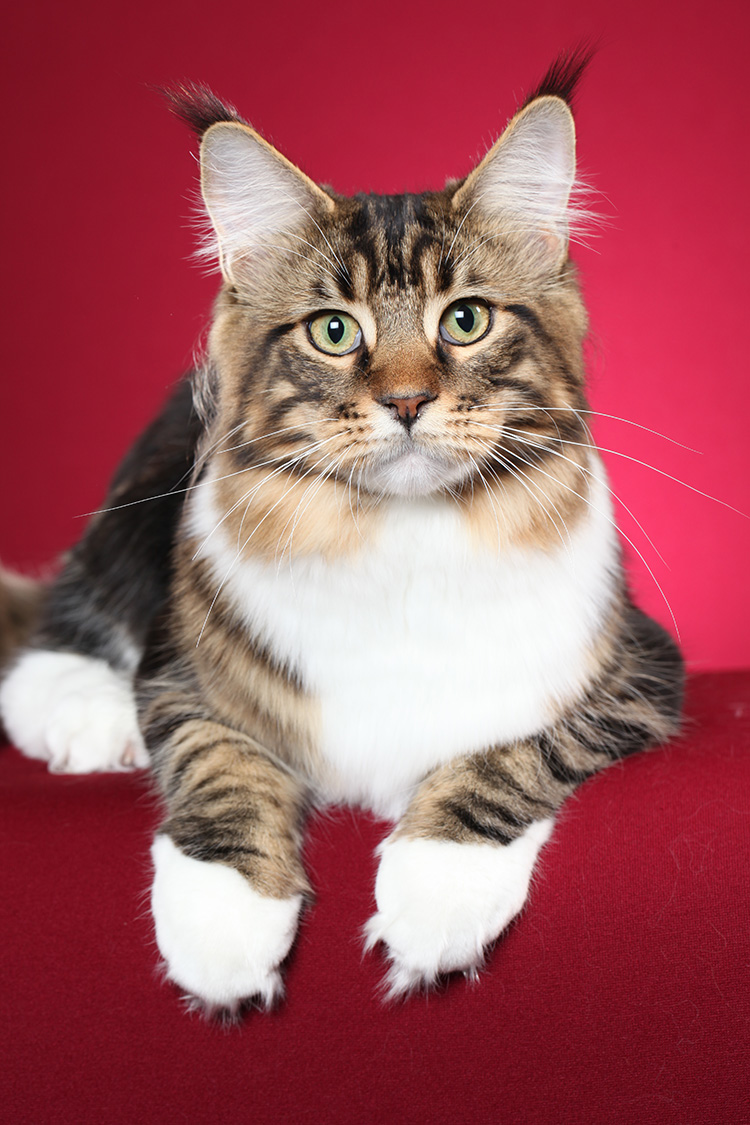 The coat of a young kitten tends to be thinner and shorter as compared to that of an adult Maine Coon. The mature Maine Coon has a two-layered coat which is shorter around the shoulder and longer around the underbelly, britches and ruff. Coat type/texture can vary based on the color and/or their ancestral lineage. Some have cottony, high maintenance coats that need daily combing and regular grooming. Others have a silky coat that doesn’t need as much attention. However, regular combing for all coat textures should be started from a kitten age and continued throughout their lives. The Maine Coon loves the attention and grooming, but some find it easier to keep them in a “lion cut” rather than keep up with the daily grooming.

Nails should be trimmed more frequently (once a week) when the Maine Coon is a kitten and less frequently (every 2-3 weeks) as an adult. As with any cat, regular teeth brushing is recommended. Talk to your vet for instructions and suggestions.

As with all cats, the Maine Coon needs proper protein and nutrients. A high-quality diet rich in higher protein and lower carbohydrates is recommended. After altering (spaying/neutering), they have a greater tendency to become overweight. Owners should be aware of both the quality and quantity of foods being fed. If the Maine Coon is fed a high quality, properly balanced diet, it generally only needs about 2/3 to ¾ of a cup of food per day.

Responsible breeders will test their cats for Hypertrophic Cardiomyopathy (“HCM”) with evaluation by both genetic DNA testing as well as with periodic echocardiograms that have been evaluated by a Board Certified veterinary cardiologist. Genetic testing by itself is helpful, but not all mutations have been identified and researchers believe there are many different DNA mutations associated with this disease. Only Maine Coons that are proven free of heart disease by echocardiogram and negative for the HCM mutation (A31P) should be used in breeding.

As a large breed, Maine coons may be susceptible to joint disorders. Many breeders will also test their breeding cats for feline hip dysplasia (Xray) and luxating patella (Xray and/or physical exam). Additionally DNA screening for SMA (spinal muscular atrophy) and pyruvate kinase deficiency is becoming more commonplace by breeders.

One of the oldest natural breeds in North America, the Maine Coon is generally regarded as a native of the state of Maine (in fact, the Maine Coon is the official State Cat of Maine). A number of legends surround its origin. The most common, but biologically impossible, is that it originated from matings between semi-wild, domestic cats and raccoons. This myth, bolstered by the bushy tail and the most common coloring (a raccoon-like brown tabby) led to the adoption of the name 'Maine Coon. Another popular theory is that the Maine sprang from the six pet cats which Marie Antoinette sent to Wiscasset, Maine when she was planning to escape from France during the French Revolution. 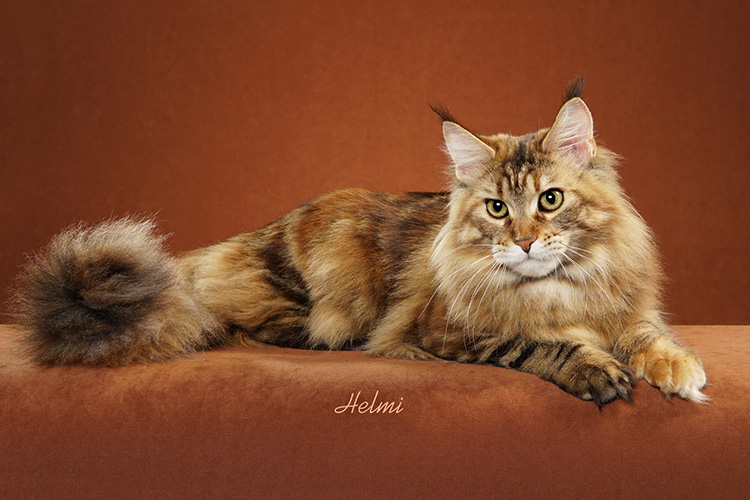 Maine Coons are the only native longhaired American breed among pedigreed cats. One of the oldest natural breeds in North America, the Maine Coon is generally regarded as a native of the state of Maine, where it was made the official state cat of Maine in 1985.

Move over Hemingway cats, Maine Coons sometimes have six toes and are identified by TICA as Maine Coon Polydactyls. Early in the breed’s development, Maine Coons were often polydactyls, meaning they were born with extra appendages on their paws. Stemming from a genetic mutation, it is believed this helped them use their paws as “natural snowshoes” during snowy Maine winters.

Most Maine Coon’s actually like water. While other cats will steer clear of a full bathtub, a Maine Coon will happily take a bath. Their water-resistant fur also helps make them good swimmers.

The Maine Coon is America's native longhaired cat. The breed, with its essentially amiable disposition, developed through a natural selection process where only the fittest survived. It should always be remembered that the Maine Coon developed basically as a "working cat" able to fend for itself in rough, woody terrain and under extreme climatic conditions. The Maine Coon is a large breed with big ears, broad chest, substantial boning, a long, hard-muscled, rectangular body and a long, flowing tail, and large feet with tufts.

For More Information On The Maine Coon Breed