Investigating the Genetics Behind Feline Diabetes

In a TICA supported study, the pet healthcare company Anivive is offering cat owners the opportunity to take a direct role in developing “precision medicine” genetic tools aiming to improve and extend the lives of diabetic cats.

In contrast to the dog, type 1 (insulin dependent) diabetes is considered rare in cats. Approximately 80% of diabetic cats suffer from a type 2- like diabetes mellitus that is a attributable to a combination of impaired insulin action in liver, muscle, and adipose tissue (known as insulin resistance), and failure of insulin producing β-cells in the pancreas. Both environmental and genetic factors appear to play a role in the development of diabetes. The most convincing evidence of a genetic component comes from studies of UK/Australian/New Zealand Burmese cats where, in some families, more than 10% of the offspring were affected by diabetes.

One of the major risk factors for the development of diabetes in cats is obesity. Adipose tissue (“fat”) is an active and complex endocrine organ. A decrease of adiponectin, a hormone which enhances insulin sensitivity and has anti-inflammatory properties, is found in the fat of obese cats. Adipose tissue also secretes a number of proinflammatory cytokines, therefore obesity can be considered a state of low-grade chronic inflammation, a phenomenon that may also be related to the recent observation that obesity in humans is a risk factor for a life-threatening reaction to COVID-19 infection.

Having a better understanding of the genetics of diabetes mellitus, especially with respect to obesity risk, amyloid formation within the pancreas, and insulin resistance are keys to help prevent and/or reverse diabetes in cats. If you have a diabetic cat in your family, please consider joining this study at: AniviveTrial.com/CatDNA.

Purina Pro Plan, in partnership with HABRI (Human Animal Bond Research Initiative), has just released the results of a survey of cat owners focused on the impact of cat allergens on the human-animal bond.

The survey confirmed that the connection owners share with their cats is strong: more than 90% of cat owners consider their cat as a member of the family, with 75% stating that their relationship with their cat is a core part of their health and wellbeing. Unfortunately; many households with cat allergen sensitivities have had to change their lifestyle to accommodate their cat and feel that their personal relationships have been strained due to cat allergens.

In spite of these challenges, cat owners are willing to go to extraordinary lengths to keep their cats. If told by their doctor to give up their cat to help manage cat allergens, 20 percent of survey responders said they would keep the cat and get a new doctor!

Purina's research-based solution to reducing cat allergens through the addition of a novel chicken-based antibody to the cat’s diet may be a key step forward in strengthening the human-animal bond. Read more about this study. Look for the picture of TICA judge Lorraine Shelton’s Norwegian Forest Cat, Tina, on the label of each bag of LiveClear, Purina’s new allergen reducing diet! 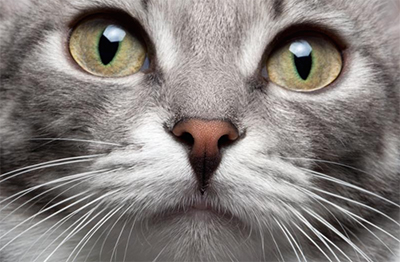 Trichomoniasis in cats is often subclinical, however it may be associated with chronic diarrhea, especially in young cats. Testing for T. foetus is notoriously difficult, with PCR considered the most sensitive technology. However, the means of sample collection can affect the sensitivity of this method. Treatment of this infection is equally challenging. While ronidazole is the only drug known to have reliable efficacy, other antimicrobials may partially suppress the organism.

A study was performed to compare sampling techniques on the sensitivity of PCR testing, and to determine if treatment history effects the results of PCR testing. Over a period of five years, 1808 samples from 1717 cats, representing 41 breeds, were submitted: 31% of cats had samples collected from a voided stool, 23% by a fecal loop, and 46% by colonic flush. On initial submission, 16% of the cats tested positive for Tritrichomonas.

Samples collected using a fecal loop technique were twice as likely to test positive than samples collected using a colonic flush or voided stool. While several breeds were initially identified as higher risk, only Abyssinians had significantly increased odds of infection. There was no association between previous treatment with previous antibiotics, antiparasi, anticoccidials, or steroids and PCR positivity. Of the cats who tested positive and were treated with ronidazole prior to repeat testing, 21% remained positive. All cats that remained positive were from multi cat households, suggesting possible re-infection. 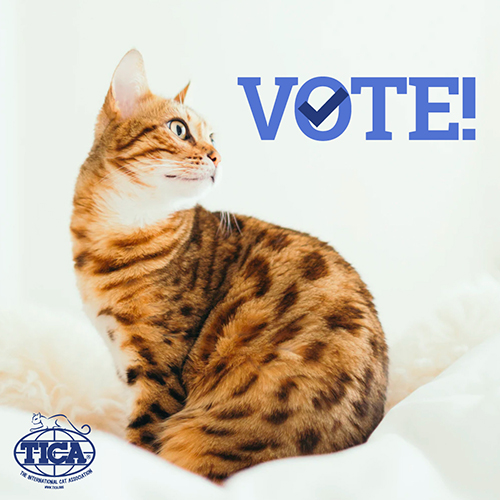 The power is in your hands to effect change. If you are considering running for office, the filing period and time to declare your candidacy is June 1 - July 31, 2020.

Serving as President, Vice President, or holding a position on a TICA Breed Committee is an important and meaningful way to advance the issues you care about and best achieve the results you want to see within TICA.

TICA is currently seeking candidates for open positions. Find out more about the duties and responsibilities required for each role:

To be considered a candidate TICA President or Vice President, members must be in good standing for two consecutive years preceding the election.

Requirements for candidates of a TICA Breed Committee member can be found here.

Additional information, including qualifications and procedures for filing can be found on the TICA Elections page. Voting will begin at the end of October and results will be announced in December. 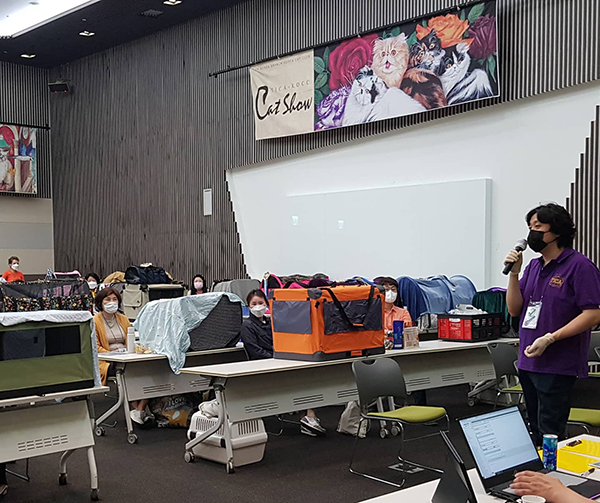 TICA’s Korea Cat Club (KOCC) held a show on May 24, the first offline event since government stay-at-home orders and recommendations.

The club took the following preventive measures and enforced strict rules that allowed them to hold a safe and successful event. They would like to share them with other TICA clubs in hopes others can learn from their experience. Among them: 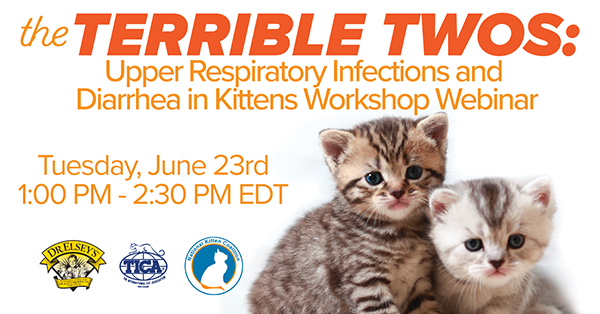 The series kicked off on June 9 with the well-received webinar, “Panleukopenia in Perspective”, that looked at various aspects of Panleukopenia including causes, symptoms, treatments, and prevention.

For those who missed last week’s seminar, you still have time to register for the June 23 “The Terrible Twos:  Upper Respiratory Infections and Diarrhea in Kittens”. This webinar will discuss two of the most common illnesses seen in young kittens, URIs and diarrhea.  These diseases can be difficult – even life threatening – for kittens and also frustrating for the caregiver. The webinar will look at the many causes of both of these ailments and provide caregivers with the tools they can use to proactively respond to early signs of illness and prevent occurrences along the way.

The final webinar, “Fading Kitten Syndrome: Fight the Fade”, will be held July 8 from 1:00 PM – 2:30 PM EDT. The workshop webinar will explore the signs, causes, treatments, and most important, prevention of Fading Kitten Syndrome (FKS). Participants will gain a better understanding of FKS that will allow them to recognize the early signs of "fading", take immediate and appropriate actions, and know what can be done to prevent some cases of FKS from occurring in the first place. Click here to register. 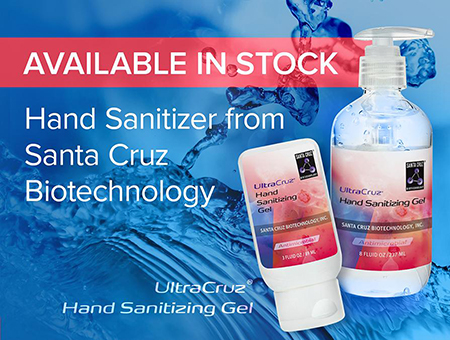 TICA would like to extend a big thank you to Santa Cruz Biotechnology, Inc. for the donation of 350 bottles of their hand sanitizing gel UltraCruz®. The hand sanitizers will be used as a gift to TICA booth attendees of the next event TICA exhibits.

UltraCruz® hand sanitizing gel with Vitamin E and Aloe Vera gel kills germs and leaves hands feeling soft and moisturized and contains the CDC recommended percent alcohol by volume (70%) to help prevent spreading of germs to others and to help prevent getting sick.

TICA wants to hear about members who are helping us get through the coronavirus pandemic. Whether they're a doctor, nurse, grocery store clerk, delivery person, teacher, or other essential employee. Tell us about everyday heroes who are TICA members. Contributions both big and small are important and valued. Complete the form for the chance to have them honored and featured in TICA's newsletter and on tica.org. 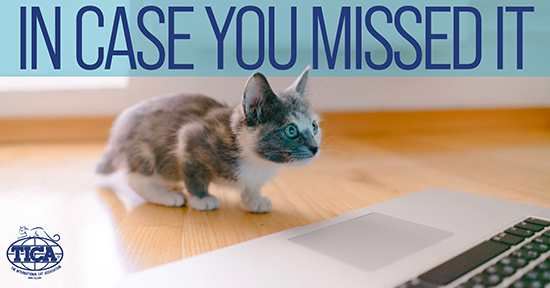 In Case You Missed It…

Check out TICA's social media pages to learn the latest news about cats. Here are some top posts you may have missed...

Meet Biscuits and Gravy, the two-faced kitten born in Oregon

How a TICA member became the "Toyger Queen"