The Bengal claims the title of Most Popular Breed of cat with over 6,000 cats registered with the International Cat Association (TICA) in 2010. 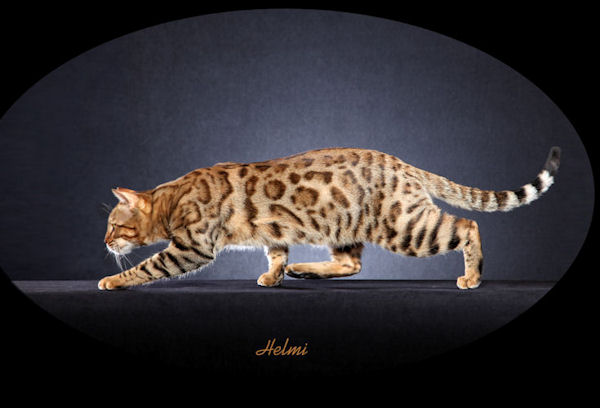 April 7, 2011 - PRLog -- Harlingen, Texas – Once again the Bengal rules supreme as the Most Popular Breed of cat based on registrations during 2010 with the International Cat Association (TICA), the world’s largest genetic registry of purebred cats. During 2010, 6,369 Bengals—kittens, cats and alters—were registered around the world.

The Bengal originated in TICA back in 1986 as the result of crosses between domestic cats and the Asian Leopard Cat. It is the only domestic cat that can have rosettes like the markings on Leopards, Jaguars and Ocelots. Today's domestic Bengal cat comes only from breeding Bengals to other Bengals and requires no specialized care.

“Attired with a pelt that even the wildest of cats would be envious of, and a personality that belies its wild bloodlines from the original breeding programs, today’s Bengal is a cherished pet in many homes around the world,” said Vickie Fisher, President of The International Cat Association. “TICA is proud to have introduced this beautiful breed of cat that has quickly become the most popular breed of cat worldwide.”

Both the Savannah and the Sphynx originated in TICA. The first Savannah, the result of breeding domestic cats with the African Serval, was born in 1986, and the breed was accepted by TICA during 2001. The Sphynx which originated in Canada, was introduced by TICA Judge Aline Noel-Garel in 1966 at shows throughout North America. It quickly became one of the most popular breeds of cats as a family pet.

Other breeds registered by TICA and recognized for titles and awards that round out the Top Ten include the Siberian, Persian, British Shorthair, Norwegian Forest Cat and Abyssinian. To learn more about the different breeds of cats, visit http://www.tica.org/public/breeds.php

Organized during 1979, The International Cat Association (TICA) is the world's largest genetic registry of pedigreed cats, largest registry of household pet cats and kittens, and one of the world's largest sanctioning bodies for cat shows. TICA currently recognizes more than 54 breeds of cats. No matter where you are, you’re in TICA’s world. A world of fabulous felines…fun...and friendships. To learn more about TICA visit http://www.tica.org